Cassava side hustle turns dryland into oasis of plenty 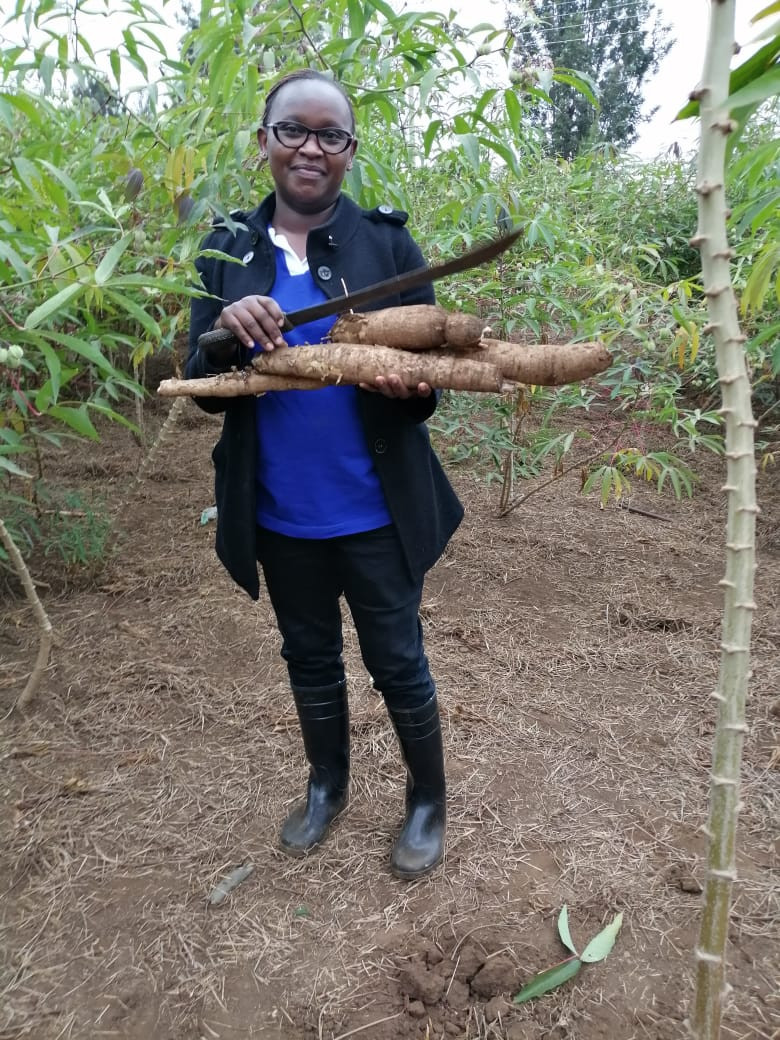 By: Mkulima Young Team
Ann Ngugi, a public relations and marketing specialist, transforms her parents farm in a semi-arid area into a land of plenty, thanks to farming improved variety of cassava
Holding a panga in her right hand and cassava tubers in her left, Ann Ngugi is not your typical young farmer.
Her farm in Rukanga, Mwea, the semi-arid part of Kirinyaga County, hosts tens of lush green cassava plants, making a beautiful pattern. Mkulima Young team finds the ecstatic farmer harvesting the produce, some which her family will consume and the surplus will be sold.
“I started farming soon after high school as I waited for my KCSE results. My parents gave me a small space where I planted cabbages and they did so well. Not because it was a rainy season but because I was determined in cultivating and watering them,” says Ann, who was born in the 80s in Kiambu County and grew up in Kirinyaga where her family moved.
She recalls that her father, who was working as a school driver, would join her on the farm every evening and they would water the over 200 cabbage plants.
“I made over Sh5,000 profit from that venture in just three months after investing less than Sh1,000,” says Ann, a graduate of Egerton University.
Her interest in farming was reignited while working for a development organisation that supports smallholder farmers as a public relations and marketing specialist.
“One day I was in a dry part of Kilifi for work with my colleagues and I met a farmer who had two acres under cassava. This made me remember of our farm in Kirinyaga which my parents had given up growing anything on it due to the aridity,” she says.
She did not carry cuttings from Kilifi since different cassava varieties do well in specific areas. Instead, she sought for more information from crop specialists at Egerton University and in October 2019, bought 2,000 cuttings for their two acres, spending Sh20,000.
According to her, there are toxic and non-toxic cassava varieties, thus one should go for the latter, which all improved varieties are when they source cuttings.
“One thing I love about cassava is that they are a crop for all seasons and can produce a variety of products, from raw tubers to flour, animal feeds, alcohol, paper and textile starches, sweeteners and bio-degradable products. All parts of a cassava are usable, from leaves, roots and peels. But the best of it all is that you harvest them annually for 3-5 years,” she says.
Ann sells her products online, in particular on Mkulima Young, because she is able to reach a wider market.
“I like this mode of marketing because it is a space that transcends boundaries. Anybody, anywhere in the world can see your products and reach you. I am a marketer so I understand the power of online marketing.”
The farmer who has started harvesting says she is sure of recouping her entire investment and overheads in the first sale.
“The two acres can produce about 8-10 tonnes of cassava, with a kilo going for between Sh10 and Sh25. Prices go higher when dried to Sh50 a kilo and when added value from Sh100,” says Ann.
Unlike the other crops, she notes cassava can be overwhelmed by heavy rains. The heavy rains that hit the country between October to December 2019, and March to May affected her crop delaying harvest.
“Traditional crops like cassava are drought-tolerant and the improved variety is disease-resistant and non-toxic, which is a big boost to food security. People should invest in these crop and consume it. By creating demand for it, more people will consume it,” she says.
Cassava farming is most suitable for drier areas since it is a hardy crop and takes 9-12 months for the tubers to be ready.  Her advice to anyone who wants to get into farming is that they should not expect to become rich overnight.
“Also, do not do it because it's your last available option, it requires passion and self-motivation. When all is said and done, it is very rewarding. I do farming as a hobby and as a side hustle to complement my income but I aspire to create model farms that can be used to train and inspire the youth and women in the rural areas.”
To contact Ann click on this link https://mkulimayoung.com/market/4183/cassava
To register and be member of Mkulima Young click on this link https://mkulimayoung.com/register

Cassava
Mkulima Young values your feedback. As such we are carrying out a 3 minute survey to enable us improve our service.
Click HERE to start the Survey.
The information you provide will be used to understand and Improve Mkulima Young. Feel free to express opinions freely 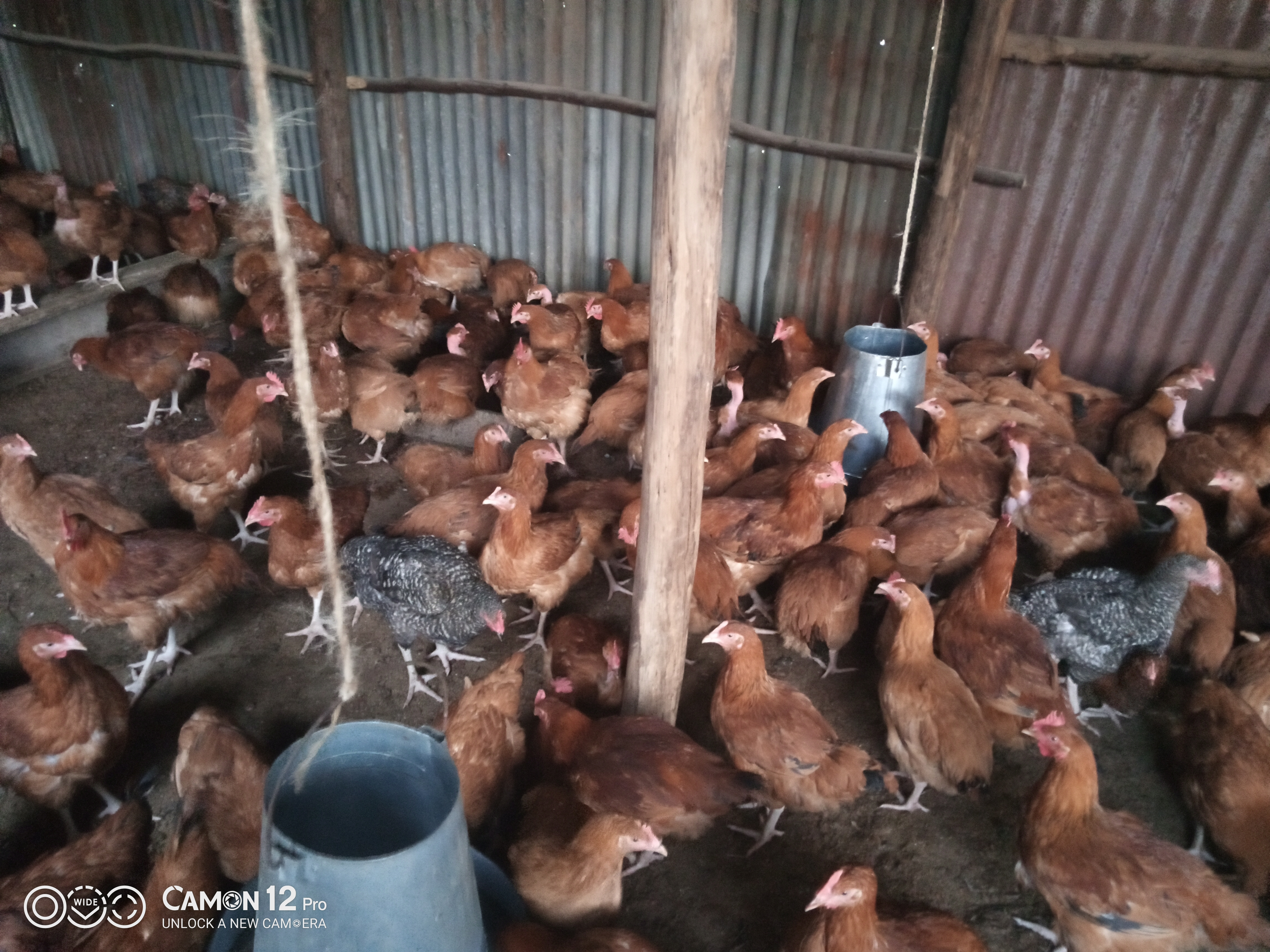 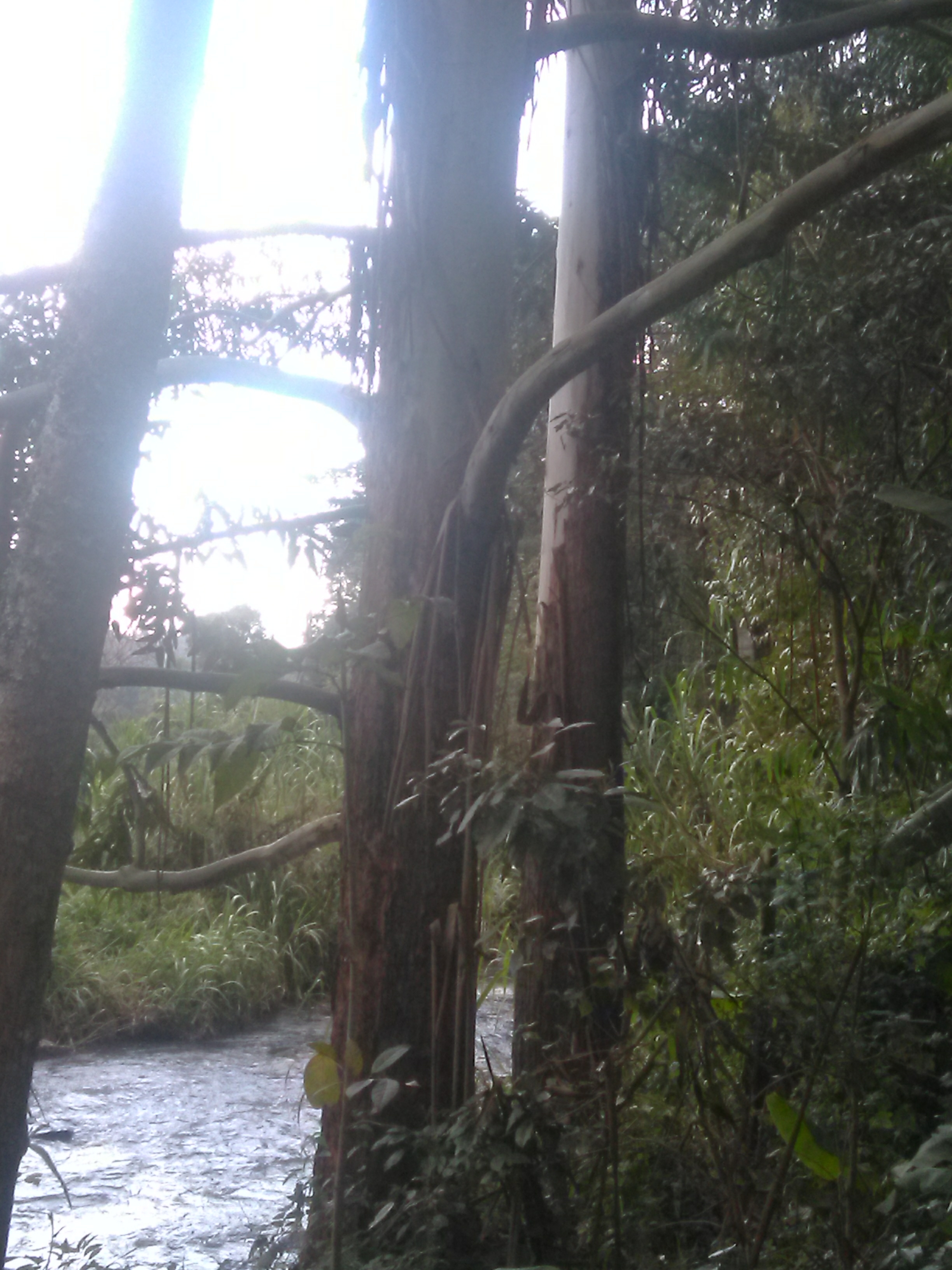 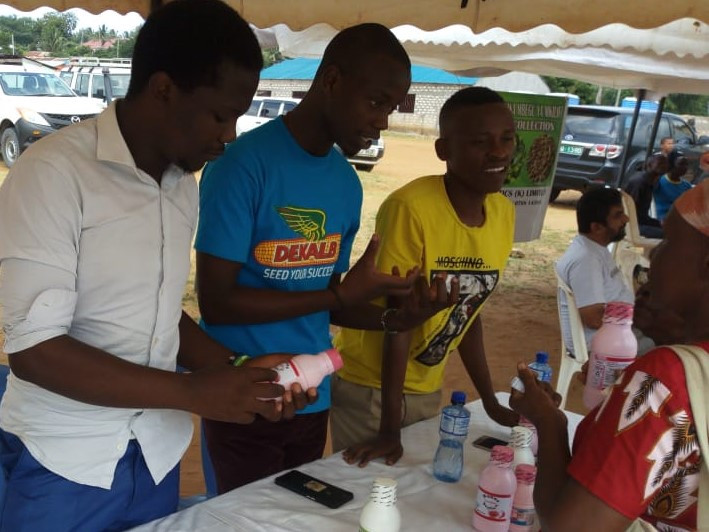 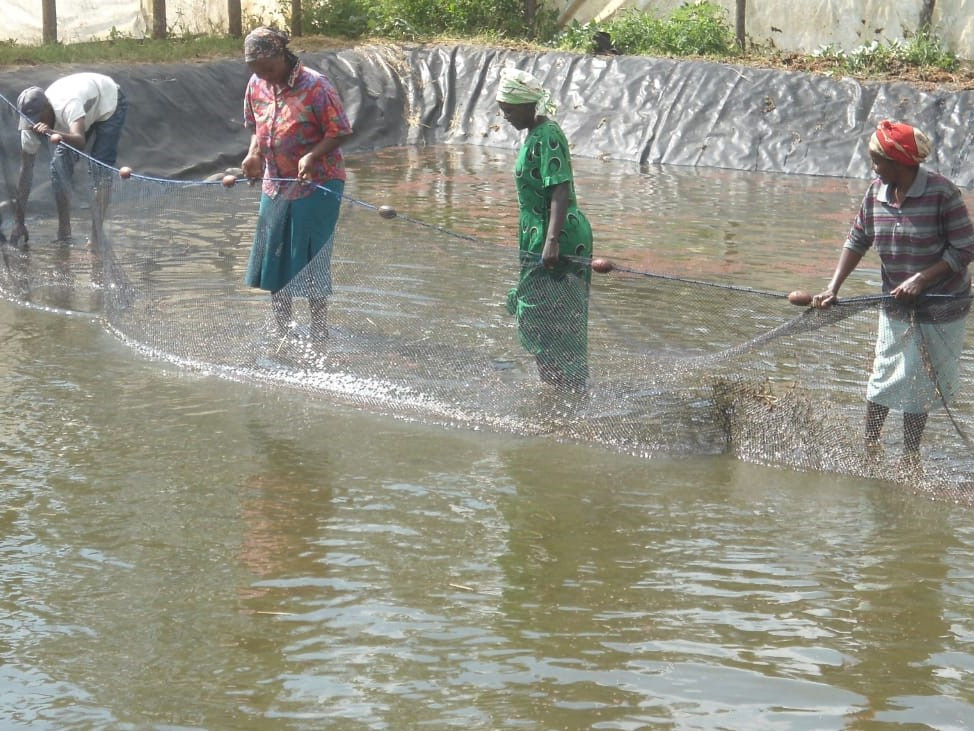 From bees to fish, youth bring out power of agribusiness 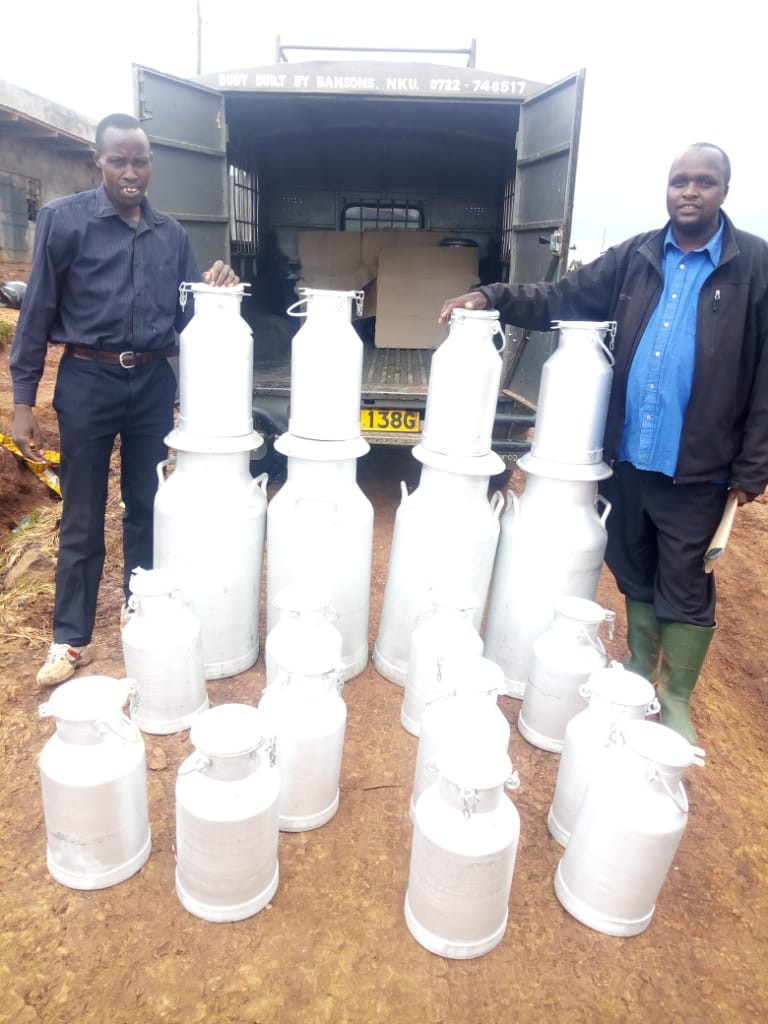 Group on a solid path to profit big from milk 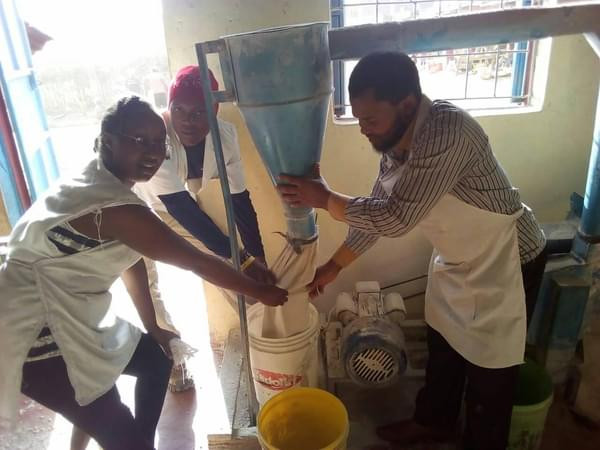 Diversity pays off for a determined cereals' group 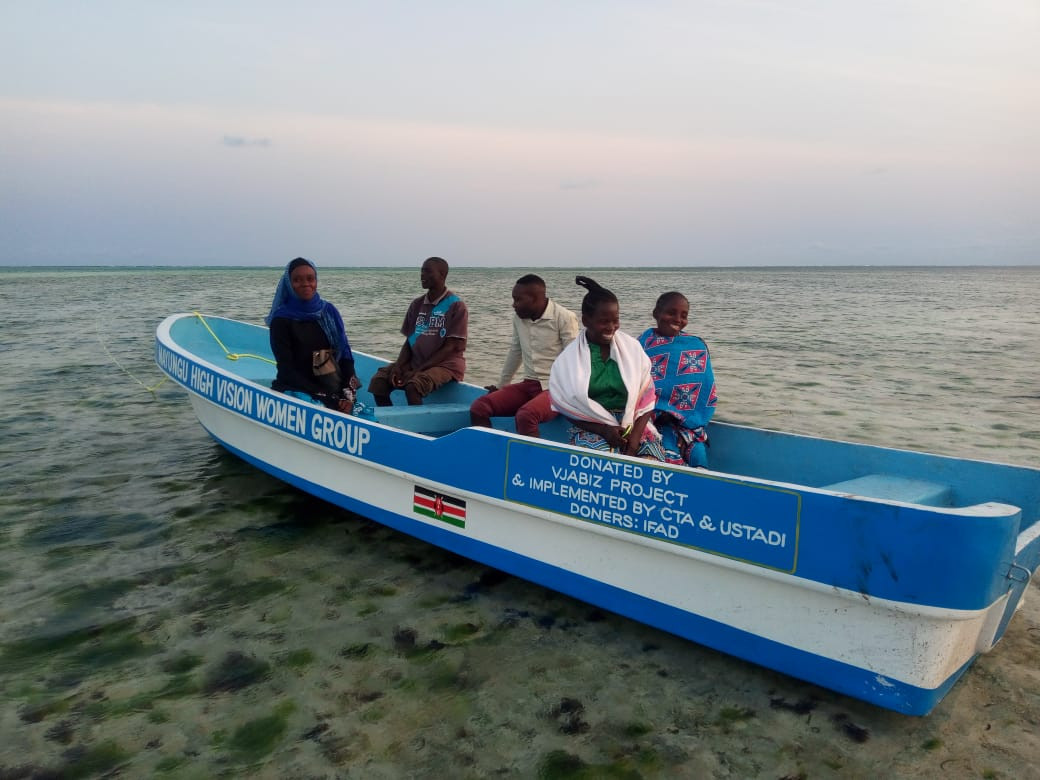 The all ladies group soaring in sea food business