By: Mkulima Young Team
Though studying law at the University of Nairobi, Michael Ndegwa is keen on farming for the rest of his life because of handsome returns
When we were young, our teachers, parents and relatives often asked us, “What would you like to become when you grow up?”

We would answer cheerily, “a doctor, pilot, engineer… lawyer” or any other career that we considered classy.

However, times have changed and the so-called ‘important professions’ are no longer that attractive to young people.

Michael Ndegwa is a young man who has understood that one does not need a white-collar career to succeed in life.

Mkulima Young meets him at his Tropics Farm in Ruiru, some 30 kilometres from Nairobi.

His polished demeanour, better command of language and ease in communication does not betray the fact that the 24-year-old is a farmer.

The third year law student at the University of Nairobi mainly grows herbs, in particular basil, and is keen on advancing the business once he completes college.

Ndegwa grows the crops in greenhouses and under irrigation ensuring that he farms throughout the year.

On the one-acre farm, one finds dozens of workers either weeding, harvesting or grading basil at any one time.

Basil has a big market in Europe and the United Arab Emirates, with the high demand driven by health-conscious consumers seeking to reap its benefits.

“The crop has become a hit because it matures faster, in about two months and goes for Sh350 per kilo,” says Ndegwa.

He adds that it is also resistant to diseases and needs little agricultural inputs that include fertiliser.

“We harvest 300kg of basil every week and grow the crop all year round,” says the farmer, who exports the produce via agents.

He further sells the produce via Mkulima Young marketplace which links buyers to sellers and vice versa.

“Online marketing is easy and profitable because there are no brokers. We always post our products on Mkulima Young platform and receive many calls from buyers. Demand is high we are thus working on increasing it,” he says.

Ndegwa advises youths to embrace farming noting that it is lucrative and it pays, if done right.

When in season the young farmer can sometimes make at least Sh90,000 per week from the crop. “For sustainability and expansion, we are working on acquiring Good Agricultural Practices (GAP) certification so that we can start exporting directly,” he says.

The self-taught horticulture farmer adds that use of modern farming technologies like  greenhouses and irrigation helps in doubling production.

You want to be a verified seller like Michael? Express your interest here 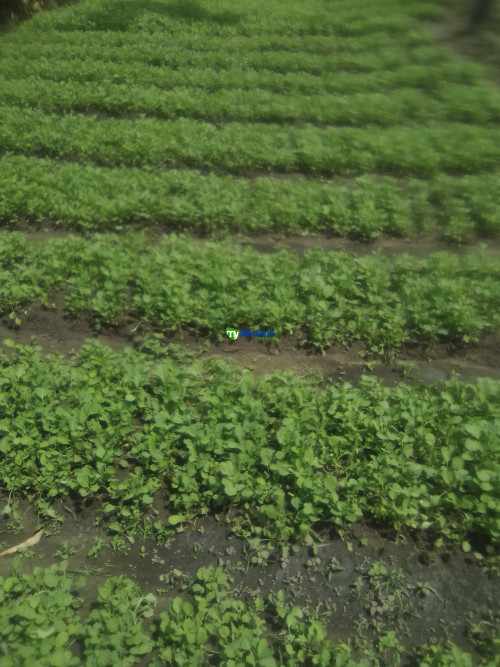